No one knows what causes amyotrophic lateral sclerosis (ALS), though there are over 16,000 people in the United States with the disease today.

Even though they don’t know the cause, scientists have identified some things they believe raises the risk of a person developing ALS. One of the things experts believe may be a risk factor are environmental toxins. For example, some studies have indicated that the mercury in fish increases the risk for people who eat a lot of fish. Pesticides are another pollutant that could increase the risk. Recently, scientists began looking into whether pollutants might also affect the progression of ALS. If your aging relative has the disease, what the scientists found may be important to their future.

ALS is a progressive disease, which means it gets worse as time goes on. Typically, it moves through three stages: the early stage, middle stage, and late stage.

-During the early stage of ALS, the symptoms are mild. Muscles begin to weaken or get tight. Symptoms are usually confined to one part of the body. Usually, they start in the hands or arms, which becomes noticeable when the older adult has difficulty doing things like fastening buttons or tying shoes. The senior may also have muscle cramps and twitches.

-In the middle stage, the weakness that started in the arms or legs spreads to other parts of the body. Paralysis in some muscles may also be an issue. Walking becomes more difficult and may require an assistive device, like a cane or walker. Problems with speaking and swallowing may also begin.

-People in the late stages of ALS require help to do nearly everything. They may be unable to speak, and breathing may be affected. They will likely require a feeding tube to eat and drink.

The Possible Impact of Pollutants on ALS Progression

The average time that people with ALS live following diagnosis is 2 to 5 years. The disease progresses at varying rates, so some people live a shorter or longer time. Researchers at the University of Michigan wondered how exposure to pesticides might impact the rate of progression. The researchers examined blood samples from 167 people who had ALS. They divided the participants into groups based on the levels of pesticides they found in their blood. People with the highest amount of pesticides in their blood lived an average of 1 year and 11 months. Those with the lowest levels lived an average of 2 years and 6 months. Based on the information from the study, researchers suggest that people who have been exposed to certain chemicals during their lifetime may move through the stages of ALS more quickly.

If your aging relative has ALS, elder care can assist them through every stage of the disease. Involving an elder care provider early on can allow your loved one to become comfortable with them before they need to rely on them more completely. It also gives the elder care provider a chance to learn the person’s likes and dislikes before they lose the ability to communicate.

If you or an aging loved one is considering hiring Home Care in Del Cerro, CA, or the surrounding area, please contact the caring staff at Love 2 Live Care. Call Today 1-619-291-4663 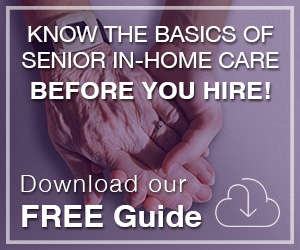